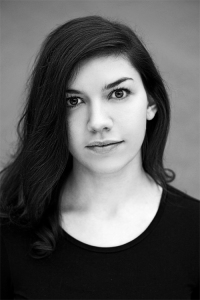 She furthered her study in the Screen-Acting Programme in Bow Street (formerly The Factory, Dublin). There, she was mentored by Gerry Grennell (“The Dark Knight”), Lance Daly (“Life is A Breeze”, “Kisses”), Kirsten Sheridan (“Dollhouse”, “Disco Pigs”), Shimmy Marcus (“Rhinos”), Viko Nikci (“Coming Home”) and Maureen Hughes (“Once”, “This Must Be The Place”, “Love/Hate”), among others.  She is also a member of The Actor’s Studio, at Bow Street.